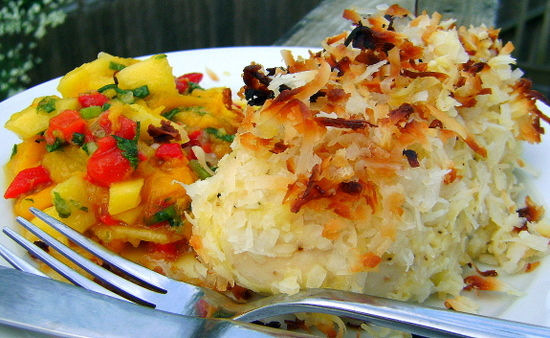 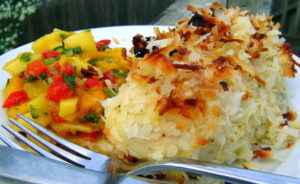 Okay, so Chef Michael Smith is a well-known, celebrity chef pretty much across the globe. I’m not sure how famous he is here in the states, but just because I had never heard of him before doesn’t really mean too much. For all I know, he may be all over Food Network or Cooking Channel or whatever, but to be honest I sort of stopped watching those channels because they transitioned into reality tv drama instead of food and cooking.

That reminds me, what happened to Ramsay’s Kitchen Nightmares? It used to be about the restaurant logistics, the people, the rustic and local foods, and most importantly the passion of the restauranteurs. Now it’s all about the drama and soap opera among coworkers, family members, and with Gordon Ramsay himself. And so, Gordon Ramsay plays the role of tough-guy-love counselor who encourages parties at odds to “find your bullocks; and use them” and then proceed to confront that stubborn antagonist that’s causing all the problems by spilling all of their emotions in the sappiest way possible. Outlooks and attitudes miraculously change for the better and the deal is sealed with a restaurant makeover. Oh, “btw” here’s your new menu and we have another success story! Woo!

Anyway, Chef Michael Smith, (sorry about my tangent) I’ve never heard of this guy nor am I familiar with his food/style. So I tried making one of his recipes, and I have to say I have some mixed feelings about this one so far. Honestly, I was hoping for a grand slam with this recipe followed by enthusiasm to try others, but what we have is a foul ball and me left feeling a bit hmm. 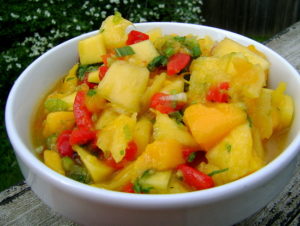 I’ll start with the positives. This mango salsa was pretty good, I thought. It starts with a balanced tartness that’s delivered along with a zingy sharpness from the green onions. The mango kicks in and the flavor settles into a fruity sweetness backed by a citrus-based acidity. The honey, mint, and ginger add to the spectrum here as well. This salsa would be great on fish as well!

What I really didn’t like was the coconut on the chicken. I know coconut chicken is becoming more popular as I see it at the grocery store where I work. The coconut, to me, had a bitterness, perhaps best described as burnt sugar. It could be because I used sweetened coconut and perhaps it caramelized too much in the oven. I also needed to bake the chicken about 20 minutes longer than what the recipe called for (I’m surprised the coconut wasn’t blackened). The chicken breasts I used were huge, so maybe use smaller breasts or tenders. Perhaps I would like this dish better using unsweetened coconut? The coconut chicken combined with the salsa…well, it wasn’t horrible but it didn’t really work together. It could be that the sugars from the coconut and the mango were setting off the cavities in my teeth really bad. My mouth was too busy cringeing to be tasting. After I scraped the coconut off the chicken topped with the salsa was rather nice. Who knows, the leftovers may taste fantastic today.

I don’t think my family enjoyed this enough for me to make it again. Lily (she’s 10 now!) really liked the chicken but wouldn’t touch the salsa. Jen (I won’t tell you how old she is!) seemed to only eat because she was hungry and thought the salsa tasted like cleaning products.

However, don’t be discouraged to try this if it looks good to you! I would recommend getting smaller cuts of meat though to reduce bake time and decide if you want to go the sweetened or unsweetend route for your coconut.

Preheat your oven to 400°F. Lightly oil a baking sheet.
Put the flour, eggs, and coconut into three separate bowls. Season the flour. Working with one breast at a time, dredge the chicken in the flour, coating it evenly and shaking off any excess. Dip the chicken into the egg, coating it evenly and letting any excess drip off. Finally, dip the chicken into the coconut, turning, pressing, and sprinkling as needed so the crust adheres. Place the crusted breast on the baking sheet. Repeat with the remaining chicken. Bake until the breasts are golden brown and crusty, approximately 15 to 20 minutes. The chicken is done when a meat thermometer inserted in its thickest part registers 160°F.
Arrange on a serving platter and top with the salsa